Shortest routes for your fleet

Track your fleet realtime and save time with effective route planning!

Zeo works on all your devices with seemless integration.

We Help you to make your deliveries easy!

What is the issue with postcode based route planning 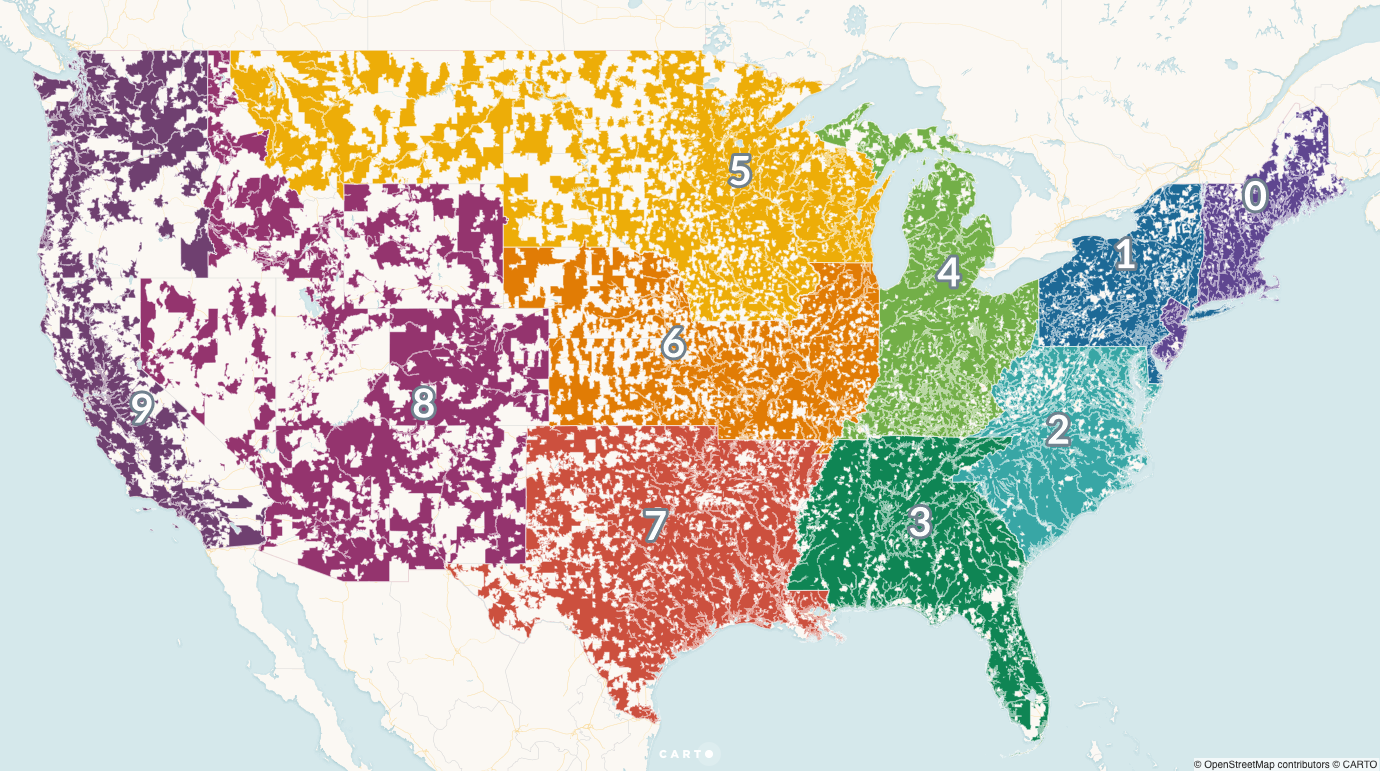 Due to the rise of online shopping and the rapidly growing takeaway market, households are receiving more deliveries now than ever. In fact, since 2014, the courier industry has seen a growth of 62% in sales, a number which is predicted to continue to rise exponentially over the next 5 years. Meanwhile, the online grocery market is also experiencing growth, with the average value of weekly sales having more than doubled since 2010.

The courier industry is booming as it faces higher demand than ever. The future is certain to deliver more of the same with no sign of slowing down; delivery companies are finding themselves stuck in the past when route planning. Delivery drivers are still being sent out on routes that are determined only by postal code. It is arguably the most inefficient and unproductive route planning method, despite improvements in superior route optimization methods.

But what is it that makes postcode routes so ineffective and what are the alternatives?

What is the problem with postcode based routes

In the postcode-based route system, the drivers are allocated a postcode, and their job is to complete all the stops in their designated area. It sounds straightforward for the companies to assign postcodes to each driver and deliver the packages. But have you ever thought, how much difficult task is it for the drivers to deliver those packages?

Lets see how the postcode based route is inefficient in this period of time:

When packages are assigned to drivers based on postcode, there is no guarantee that any two drivers will be given equal work. One postcode may have more stops than another, creating inequality between workloads, which can vary significantly from day-to-day. This unpredictability can lead the companies to be faced with the dilemma of paying too much, too little, or unequally between two employees.

No prediction of time

As a result of the unpredictability that postcode routes bring, drivers aren’t able to accurately anticipate what time they’ll be able to go home. Until a driver receives their route in the morning, they have no way of knowing if they’ll be having a busy day or a quiet one. Therefore it goes without saying that if one day their assigned postcode has more drops than usual, they will be forced to work later without knowing so before they arrived to work that day.

Knowing a postcode inside out Isn’t always a benefit

Postcodes provide the sole benefit of allowing drivers to get to know their area well, yet this can become a problem as soon as a driver isn’t working for whatever reason or a new driver starts, and routes have to be reallocated and thus. As a result, productivity drops. Knowing the area well also doesn’t mean you can always predict traffic. Roadworks and road accidents happen, which adds unpredictability to the journey. Routes optimized without the limitations of postal codes deliver far better results without knowing the area like the back of your hand.

A multi-stop route planner such as Zeo Route Planner will automatically assign deliveries to drivers by calculating the optimal route between stops. This means that instead of circling the same neighborhood with an ever-changing number of deliveries, drivers can avoid traffic and efficiently zip from A to Z with an optimized journey that takes much more than a postcode into consideration.

Indeed, drivers may not become as accustomed to areas as they would with more archaic delivery methods; the increased productivity offered by route planners far outweigh the small benefit of area familiarity.

The Future of Route Planning

As the courier industry is only set to continue experiencing exponential growth, it goes without saying that it must continue modernizing and adapting to keep up with such enormous demand. Outdated postal code-based routes and the issues attached to them could potentially become detrimental to delivery companies.

Whilst we look to the future of delivery driving, it’s clear that postcodes’ reliance needs to be left in the past.

Our motive is to make life easier and comfortable for small and medium businesses. So now you are only one step away to import your excel and start away.